The team of Raymond Luberto and Gregory Smith earned 7th place in the nation for their Animatronics project created for a natural history museum. The team created a depiction of the mythical creature known as the “Kraken” which we now know exists as a giant squid. With the use of sound, lights, and movement, the team created a winning exhibit. (See the video below to witness it in action)

The Computer Integrated Manufacturing (CIM) team of Edward Pieluc, Kayshihant Shankar and Zachary Witt also earned 7th place in the nation for their 3D printed, Science/Technology/Engineering/Math (STEM) themed toy that teaches young students about gears and gear ratios.  When the car is pulled back it winds the gears and moves forward upon release. Not only did the team have to design and create all the parts on the 3D printer, but they had to 2 minutes to pitch the idea to the national judges.

Up to three students per chapter were able to register for the CompTIA IT Fundamentals and Certification competition. Both Raymond Luberto and Edward Pieluc earned the industry certification while Raymond went on to place 7th in the nation.

In another team event, Alison Stanley and Jake Frontera placed 8th in the nation for the Music Production competition. In this event, students must develop an original musical piece designed to be played during the TSA National Conference opening and closing sessions. The team created a song “TSA Makes My Day” with Alison lending her voice for the vocals.

Most chapters in the country, plus teams from Germany and Turkey competed in the Technology Bowl Competition where a written test was administered.  The top 16 semifinalist teams then went on to compete head to head in an oral competition. The Howell High School team of Madison Dawson, Raymond Luberto and Edward Pieluc earned 8th place in the nation and were the only finalist team from New Jersey.

In addition to earning top 10 in the nation finalist accolades in five separate competitions, Howell High School students also placed as a semi-finalist in 3D Animation and Webmaster.  The National Technology Honor Society inductions were also held, inducting three Howell students amongst 111 students from across the country and Germany. The students from Howell HS inducted were Nicholas Bornkamp, Madison Dawson and Thomas Foti. 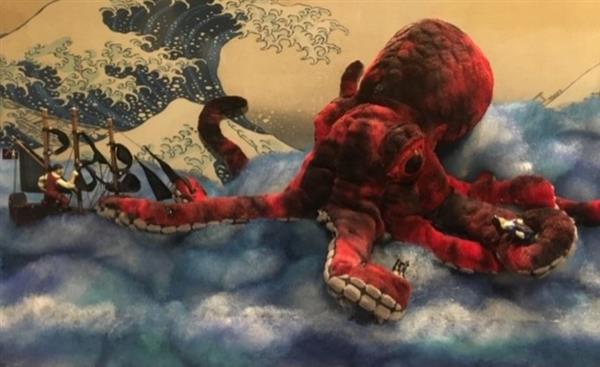