Senior Anna Ma and junior Nick Polimeni earned their spots to compete at the International DECA conference in the categories of Business Marketing Services (Anna) and Entrepreneurship (Nick) after their participation at the New Jersey DECA High School State Career Development Conference.

The International Competition is attended by 10,000 DECA members, all competing to be named an international champion.

Nick competed in the Entrepreneurship Series competitive and landed in the top 5 for his exam and for first-role play, which allowed him to compete for the 10 top in the world for his series. His final role-play performance earned him a top 10 international champion spot. 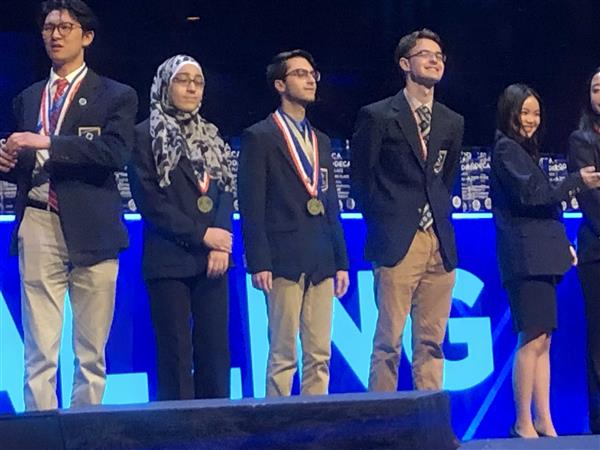